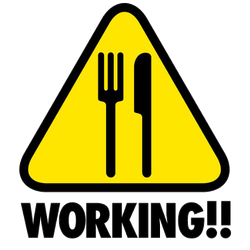 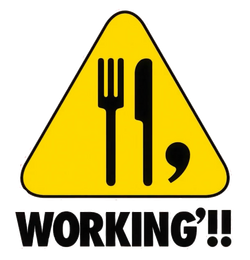 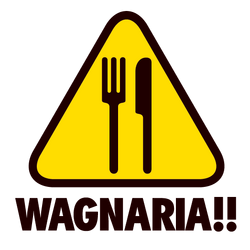 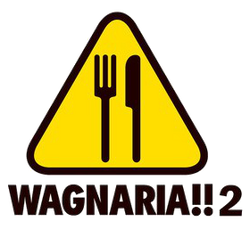 The Working!! television series' 13-episode first season, produced by A-1 Pictures and directed by Yoshimasa Hiraike, aired in Japan between April 4 and June 26, 2010 on Tokyo MX; the first episode having a special pre-broadcast on March 6, 2010 on Tokyo MX.

The first season of the anime's opening theme is "Someone Else" by Kana Asumi, Saki Fujita and Eri Kitamura (the three female leads). The ending theme is "Heart no Edge ni Idomō Go to Heart Edge" (ハートのエッジに挑もう Go to Heart Edge) by Jun Fukuyama, Daisuke Ono and Hiroshi Kamiya (the three male leads). The special ending theme for episode nine is "Golden Day" (ゴールデン・デイ) by Saki Fujita.

NIS America licensed the anime under the title Wagnaria!!, and an English-subtitled DVD box set was released on March 24, 2011.

Crunchyroll is doing a simulcast of the series, but is licensed by NIS America, as did like the first season, and named as "Wagnaria!! 2", and released a Engligh Subtitled DVD box last February 4, 2014.

The second season's opening theme is "Coolish Walk" by Asumi, Fujita and Kitamura, while the ending theme is "Always Love & Peace!!" (いつものようにLOVE&PEACE!! Itsumo no Yōni LOVE&PEACE!!?) by Fukuyama, Ono and Kamiya.

In the Natsu Matsuri Crossover of Working!! and ServantXService, it was announced that the series will continue its 3rd Season. Further dates, it was revealed that the 3rd Season, titled "Working!!!" (with three exclamation points), will be simulcast on July 2015.

A spin-off webcomic edition of the manga titled Web-ban Working!!, will receive an anime television series adaptation titled WWW.Working!!. It premiered on October 1, 2016 on Tokyo MX and other television networks. WWW.Working!! is licensed in North America by Aniplex of America.

The spin-off series' opening theme song, titled "Eyecatch! Too Much!", is performed by Haruka Tomatsu, Yōko Hikasa and Sora Amamiya.

Community content is available under CC-BY-SA unless otherwise noted.
Advertisement